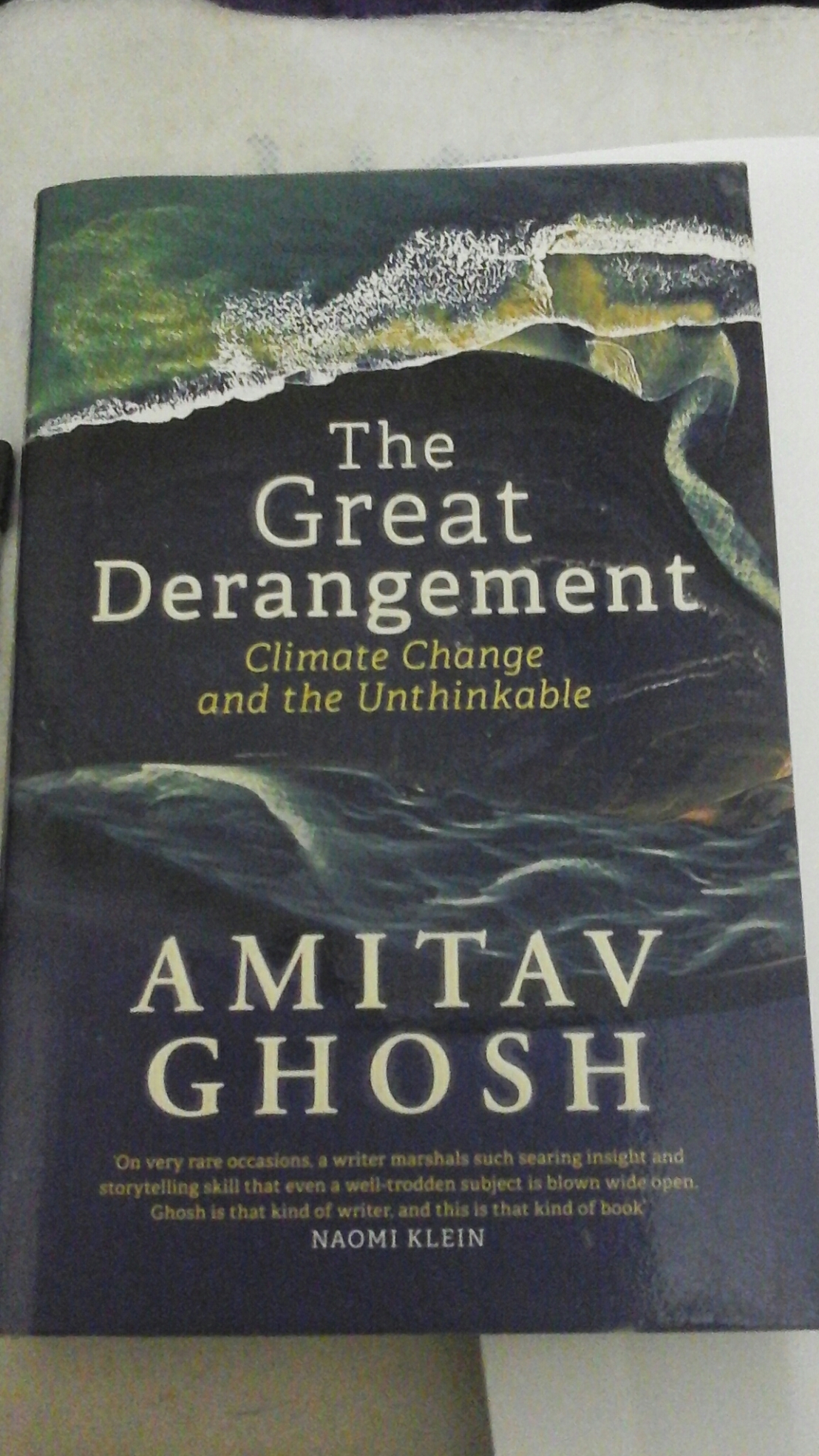 I decided to read this book when I was studying for mains examination. I read about the concept of radical ecology in the sections related to climate justice and problems related to the environment. In this concept, authors questioned the idea of capitalism itself and argued that contemporary capitalism is the cause of today’s climate change. In fact,  Noami Klien who calls capitalism as ” disaster capitalism ” argues strongly against the greed based capitalism of western countries which is responsible for the current crisis. In the same line, Amitav Ghosh also questions the basis of an idea which is a dominant narrative in the present world. He not only pinpoints the role of capitalism but also the role of imperialism and empire building in third world countries which spread the dominant narrative to other parts of the world. I really found one interesting thing that it is the thinking like we must have cars, sea-facing bungalow etc to become modern. It is changing the thinking of the Asian people who were earlier believed in living with harmony of nature.

In fact, he also indicates that the great derangement we have built in our life. The North-South divide is a reflection as well as the cause of this problem. He also points out the role played by the artists and writers in highlighting the concerns related to climate change. The issue of climate change rarely emerges in the dominant narrative of literature or movies.

Most importantly,  he has something radical to say about the recent much celebrated Paris Climate Agreement. According to him, “Paris goal as an impossible goal that merely facilitates neo-liberal world order to enrich itself via business opportunities in renewables”. He also says beautifully that these are chains of casualty whose ends we can not see.